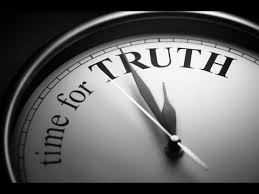 I have suggested that love is the highest or deepest value of the feminine archetype, and that truth is the corresponding foundational value of the masculine.  If wisdom is indeed built on a dualistic balance of opposites, then these fundamental qualities, in their fully developed, wise form, must also be dualistic.  And of course, this means that their definitions will be dualistic, since a good definition must capture all significant dimensions of a phenomenon.

What is the common conception of love today?  It is that love is unconditional care and acceptance.  We call it unconditional love.  I suggest to you that this is indeed a part of love, but only the feminine pole, the feminine side of the duality.  We have explored the idea that following a great upsurge in feminine energy in the 1960s, our conception of ideal human behavior moved towards the feminine, and remains there today.  We now prefer cooperation over competition, consensus over hierarchy, empowerment over authority, peace over conflict, etc.  No, that isn’t strong enough; we don’t just prefer the feminine modalities, we judge them as superior, the right way to be.  Under the influence of the feminine archetype, unconditional love feels like what love should be, and all it should be.

But something is missing.  If only unconditional care and acceptance is loving, how do we do masculine things like setting boundaries, maintaining standards and judging behavior?  Are these things now all to be seen as unloving?  Consider what M. Scott Peck says on the matter.  “The path of love is a dynamic balance of opposites, a painful creative tension of uncertainties, a difficult tightrope between extreme but easier courses of action.  Consider the raising of a child.  To reject all its misbehavior is unloving.  To tolerate all its misbehavior is unloving.  We must somehow be both tolerant and intolerant, accepting and demanding, strict and flexible.  An almost godlike compassion is required.” [i]

Clearly, a full and complete definition of love must somehow include both of these contradictory aspects.  Here is my definition of love.  First, the feminine part: I affirm and accept you totally, exactly the way you are.  Then the masculine part: I challenge you to become all that you can be.  As always in duality, these two poles seem to be in tension, to contradict each other.  Love, I suggest, is that monistic quality that represents the seamless integration of these dualistic opposite poles.

In practice, of course, one must choose one or the other pole at any one moment, since behavior is confined to form.  Suppose your daughter comes home from school one day with a "C" on her report card.  How do you respond?  If you are able to come from a space of love, you consider what this means for her.  Is a C in this subject a great accomplishment, a stretch for her?  In that case, praise her for her accomplishment.  Does it represent a failure of effort on her part?  Then challenging her to do better is the loving thing to do.  Is she feeling like a failure because of the mark?  Reassure her of her unconditional worth to you, that the failure doesn't change how you love her.  And so on.

We always have to walk the line between opposites, and no formula can help us much.  Staying in either pole, either extreme, is bound to be wrong.  The evidence of love is in the effort made to sustain this tension, in the work done on the other's behalf to discern what is right action in the moment.  This work is always required, since the right decision cannot be reduced to a formula.  The capacity for love is in the ability you have (or don't have) to remove yourself (e.g., your ego need to have an intelligent child, or a hardworking child, or to be seen as a good parent, etc.) from the picture, and make your action entirely about her or his needs, support or development.  This capacity and ability is, of course, partly the result of being truly loved by others in the first place.  However, we are not victims of our destiny, but can choose to love ourselves and thus grow our own capacity to love.

Love, as the highest value of the feminine archetype, is relational because that is the focus of that archetype.  And so the definition takes the form of “I accept you,” “I challenge you,” etc.  Truth, on the other hand, as the highest value of the masculine archetype, is not relational but absolute.  And yet, it is dualistic in that there are two distinct and independent fields of truth – the inner or subjective world where the goal is authenticity, and the outer or objective world where the goal is accuracy.  As with love, we can approach and discover genuine truth in either field only to the extent that we can remove ourselves, our ego needs, our biases and prejudices from the picture and surrender to what is.  As we discussed in chapters one and three, this is difficult; our feelings, especially, tend to overwhelm our ability to perceive either our own motivations or events in the outer world.  Because we fear, usually without conscious awareness, that the truth will convict us, we reinterpret what we experience internally and what we perceive externally in ways that reassure us, usually by making them confirm whatever we already believe.  This is known as confirmation bias, and numerous studies have affirmed its power and presence in the human psyche.

We see that both the expression of real love and the search for real truth are difficult; they involve the application of disciplined effort or courage, or both – which is why they are both still quite rare in the world.  A story from feudal Japan will illustrate what I mean.  A Zen monk is working in a field when he is approached by a warrior.  The warrior asks, “Explain to me what is heaven and what is hell.”  The monk regards him for a moment, then says, “Get away from me, you barbarian, and stop wasting my time.”  The warrior is furious.  He has humbled himself and asked a real question, seeking knowledge, and the monk has rejected him and insulted him as well.  He draws his sword and raises it high to kill the monk, and the monk says quietly, “That is hell!”  The warrior pauses, and realizes that the monk, a stranger, has actually risked his life in order to give a real answer, a true and full answer to his question.  Instantly his emotion changes and he feels deep respect and love for the monk.  And the monk says, “And that’s heaven.”

In the story, the monk chooses to take a major personal risk for the sake of giving a deeply true answer to the warrior.  He accepts and respects the warrior in his question, the feminine pole, and also challenges him to rise above his momentary anger and see truth, the masculine pole.  Note that the initial form of the response from the monk is highly disrespectful of the warrior – but that is just surface form.  The underlying strategy is deeply respectful, as becomes apparent to the warrior after a moment of reflection.  This non-alignment of surface form with deeper essence, with truth, is very common in the world, although it more usually takes the opposite form of outward respect covering over a lack of love in truth, in essence.  As I described in chapter one, the task of the truth seeker is to look past the surface forms in order to discover the hidden truth below.  When enough people are engaged in this journey, I think that we will see a real consensus emerge about what is true in the area of human society and culture, a genuine ‘scientific’ (meaning submitted to critical thinking, subordinated to genuine reality testing) understanding of the phenomena of individual and collective human behavior.

My definition of truth, like that of love, is dualistically split – in this case between subjective and objective truth.  But what is truth really about?  It is, simply, conformance with reality.  And so a formal definition is that truth is conformance with subjective and objective reality.  In the last fifty years, under the influence of the feminine archetype ascendant, we have seen the feminine, subjective pole of truth grow dominant in various ways.  Post-modernism has suggested that there is no unique, objective truth, but only culturally privileged stories and viewpoints.  The New Age has argued that objective reality is actually an artifact of collective subjectivity, a consensual reality.  Currently popular ideas like the Law of Attraction[1] are founded in this notion of the subordination of the objective to the subjective.  Once we understand the inherent equality of both poles of a duality and the operation of one-sided cultural biases such as the current dominance of the feminine, we can readily see through such cultural stories to the truth.

Let’s start with the love side, since feminine energy is more prominent, more readily accessed these days.  We are familiar with the phrase “unconditional love”.  What we mean by it is that we can and should love each other no matter what.  Specifically, no matter what we do.  Healthy parents know that no matter what their child might do, even if she breaks the law and ends up in prison, even if he fails at everything he attempts, this will not undermine their love for their children, or their acceptance as part of the family.  This is what we mean by unconditional love.

Notice, however, that this isn’t unconditional forgiveness.  There are, and should be, consequences for bad behavior, for failure.  A son who spends everything he has on gambling will still be loved, but will remain responsible for his debts and won’t be trusted with money.

The masculine side, as always, has a parallel structure.  Let’s introduce the phrase “unconditional truth.”  What does it mean?  If I make a commitment, for instance to meet someone at a particular time, and I fail to be there at that time, then I have failed my commitment.  People try to mitigate the feeling of failure by making excuses: I really tried, I was sick, it wasn’t my fault.  These may all be true, but they aren’t relevant to the truth of the failure.  The truth is unconditional; you failed to do what you said you would do.  Even someone who dies trying to get to a scheduled rendezvous still fails to meet their commitment.  Lack of fault does not mean lack of responsibility.  The party to whom I made the commitment is let down, and it remains my responsibility.

As in the feminine case, the variability, the conditionality shows up in the consequences.  Failure after genuine best efforts can usually be simply forgiven without consequences.  Failure due to lack of discipline, lack of effort or lack of care is more serious and should result in a loss of credibility.  This variability, this need for discretion, is why we have law courts to consider evidence.  The judgment is (or should be) about truth; was the crime committed or not?  Unconditional.  The sentence, however, takes into account mitigating circumstances – attitudes, efforts, stresses, intentions, etc.

This unconditional responsibility as a masculine value is why there is a tradition that the captain goes down with the ship.  The foundering of the vessel may have nothing to do with him, it may not be his fault even in the slightest, but it is his responsibility because he had the ultimate authority.  In these times when we have shamed most things masculine as abusive, it is well to reflect on the beauty, the selflessness of this masculine code of honor.

[1]  The Law of Attraction is the belief that outcomes such as personal success in the outer world depend entirely and solely on one’s attitude and state of mind, that they are direct consequences of subjective states.